By Richard Nurse, Dad of Freddie and Creator of Picturepath

How do we manage to navigate a typical day in our household? The answer is routines – lots of them. My son is 8 and is autistic. He was non-verbal till 2 ½ and went to school with only 1 to 2 word sentences. Before he could speak, we had some colossal meltdowns until a Speech Therapist one day gave us a tool which made all the difference. It was a PECS book! PECS stands for ‘Picture exchange communication system’.  It is exactly what it says on the tin – a method of communicating through the exchange of pictures. Instantly, the meltdowns eased significantly. My son knew what was coming and what to expect. He peeled off the “now” and “next” pictures and after a while he started saying phrases like “Biscuit please”.

As we moved onto longer sequences, it became important for him to know all the steps of a process. After one morning where we almost had a little boy getting undressed in the lounge, we realised that for us it was important to put more detail on to our timeline. The “go upstairs” symbol was born! Our revised morning routine (which we still use today using a software solution) has steps in it including “go upstairs” and “get dressed”.

“Not every autistic child stims or acts like Rainman“

Who else gets told “your child doesn’t look autistic”? We get that a lot. I want to scream “not every autistic child stims or acts like Rainman” but I just smile – people mean well. They see a happy child joining in with his peers. They do not realise that to have that lovely, calm, smiling boy requires immense planning. We spend a long-time building picture-based routines, so he knows exactly what to expect. I cannot praise routines enough. If we mess up and do not build them, even in situations where we think he does not need them, it can lead to tears and tantrums. During lockdown, I know every day is the same for him (yes, PE with Joe Wicks is the start of every day) but if I’ve not built a visual guide, he can became upset because in his mind he doesn’t know what’s coming up. You and I know that it is the same as yesterday, but he does not and he’s worried.

It is extremely easy to think “We don’t need that today” but my recommendation is – build the routine anyway. If you use a digital solution, then you do not have to worry about losing a symbol or having to laminate a whole sheet just for one picture. Take pictures of places or people to personalise the routine (anyone else need to differentiate between “big Asda” and “little Asda”?). Believe me it is so much better than not doing it and thinking “I should’ve built a timeline today”!

We’ve been introduced to many ways to make life easier but nothing has been more effective for us than using a visual timeline, whether it’s “now and next”, or a routine to explain an event, or a whole day timeline. Use it continually and this can help, often in times when you might think you do not need a timeline. 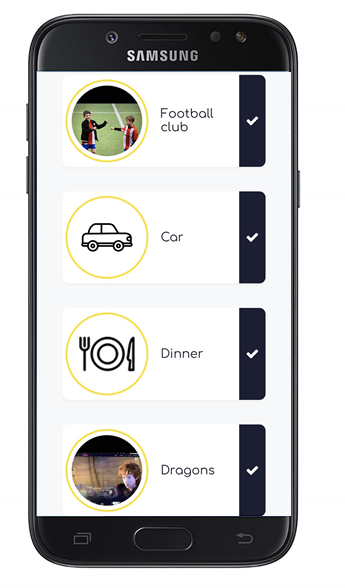 Anyway, have to go now. Apparently, I need to be doing some spiderman lunges and burpees…. Help …

Richard Nurse created Picturepath as a digital solution for daily routines.  After a year of research, it launched in 2016. Since then, Picturepath has been downloaded thousands of times by parents and carers and is being used in schools across the UK, making a real difference to the daily lives of children, parents and teachers.

We are a multi-agency team of specialists, created to capacity-build and serve with integrity, the needs of children, young people with SEND through a person-centred approach and support for the family / carers. Our mission statement is 'Developing People, Growing Organisations & Strengthening Localities' View all posts by teamadl